SZ Industries is a suit manufacturer that is listed in the Suit Library.

EXAMPLE: Suits from this company generally has high attack

Famous for their craftsmanship, this manufacturer is known for producing sophisticated parts.

Due to their small production runs, they don't produce many suits, but their quality is extraordinary.

They can only use custom parts, so suit and part prices are noticeably higher than those of other companies.

While the suits they make are extraordinary, there are plenty who believe that the pilot will always be more important than the machine. 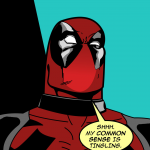